11 Ways to Impress a Muslimah for Marriage

This is GENIUS! Good work Muslim Matters for posting this on your site. A lot of times, potential marriages between Muslims end over matters that are easily fixable. In a quick list of eleven issues that have simple solutions, Muslim men can now have an idea of what they need to work on before they approach a Muslimah for marriage. I also have my own opinions about some of the issues addressed, so I hope you don't mind me interrupting :). 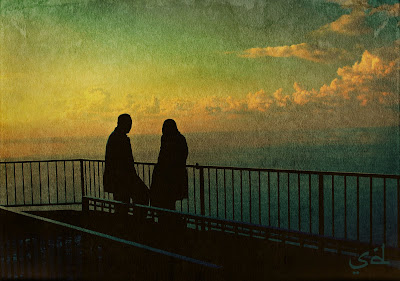 Some brothers actually mention to the sister the number of girls they’ve seen for marriage (not for information purposes, but for boasting purposes). Never, ever joke about or carelessly mention other girls you may have been involved with for marriage in the past or other girls you’re interested in at present. Be in the moment, and know that a sister is sensitive to comparisons. What wins a sister’s heart is making her feel chosen – understandably, everyone has a past, but avoid overly showcasing your past experiences with other sisters.
Most sisters do not wanna hear about the women you've gotten to know in the past for marriage. I wouldn't advise a brother to mention the unnecessary details of those "relationships", unless the sister directly asks for more information. Knowing the number of girls you've considered before her may cause hardships in your relationship, that could have been avoidable.
3. To See or Not to See
Before meeting a sister in person, some brothers prefer to see a picture of the sister. Approach the whole picture/seeing her thing gently. It’s really easy for a brother to come off rude if he doesn’t ask or approach this properly. Some tips for approaching the picture topic graciously: volunteer your picture first, treat the photo like anamanah - look at it once and give it back. Please do NOT take pictures of her on your mobile phone when you are introduced to her. It is disgusting, intrusive, mean, rude… in short, don’t do it! Do not ask for a photo at all if you know that the girl wears niqab. And most importantly, don’t get offended if the girl’s family refuses to hand over a picture of her to you at the first request.
Like I said earlier, appearance is important, but it is not everything. Like stated in this article, wait until the right moment to ask for a sister's photo, or else it may come off as rude to the family.
2. Put All the Major Cards on the Table.

You want to live with your parents? How many kids do you want?  Do you want sister to observe hijab before other male relatives? Do you want sister to wear niqab or not? Will you prevent the sister from working after marriage?  Make sure you marry someone who wants the same things that you do, it’s best to disagree and move on now than it is to emotionally invest in someone who is pulling in a different direction on issues that you don’t feel like you can budge on.  It’s not about being confrontational but rather about being honest and upfront about how you see yourself living and whether the potential can see themselves in that same situation happily too.
Major expectations should be out in the open immediately, but if problems existed in the past (i.e. past psychological issues), this is very sensitive and I imagine it would be very difficult for a prospective suitor to discuss them within the first couple of meetings.  Also, people tend to keep things like this under wraps so the family may only discuss them once a solid relationship has developed.  While this is understandable, this also causes huge issues and can result in a great deal of heartbreak since an attachment may have already developed by this point.
Although it's important for the brother to bring up issues of importance to him, it's also important for the sister to ask. A successful marriage depends on good communication, so why not get off to a good start and directly address the important issues to avoid problems later.


1. Be honest.
At all times. It’s very easy to find a lot of information about a guy online, so if he says one thing, yet his Facebook or Twitter profile shows an entirely other side, that’s a major red flag for a sister during the initial stages. Honesty is the best policy.
Honesty is key in everything you do. "Half the truth is a whole lie." Keep in mind that you're going to be living with this person if you get married, so there is no point in not being honest. The true you will be revealed through time, so be real from the beginning.