Through my Beauty of Islam blog, I like to discuss Islamic topics, but I try my best to stay away from discussions on fiqh because obviously I am no scholar by any means. However, I do not mind mentioning some topics related to fiqh, as long as my readers understand that they should still follow up with a more credible source such as The Quran or a local imam. The topic I wanted to bring up today is that of plucking the eyebrows. Some people, myself included, have tried to argue and wonder how does plucking eyebrows constitute as changing Allah's creation. The hadith that states that the woman who plucks her eyebrows is cursed by Allah is the evidence that scholars use when they claim that plucking is "haram." Allah knows best. I do not know everything related to this topic and in no way am I claiming myself that it is haram for sure. On The Day of Judgement, Allah will question those that go around telling people such and such is haram, so again I'm not saying it is haram for sure. I just wanted to give my point of view on it, not even in regards to the hadith. While I was researching on eyebrows and how to get the "perfect' set of eyebrows in our society,  I came across this. The website made this statement about getting beautiful eyebrows. "A few tweaks here and a few tweaks there and you look like a completely different person." This fashion site, like many others, is telling women that by plucking their eyebrows they will be transformed. Allahu A3lam, when "beautifying" myself in a halal Islamic sense, I would not want to "completely transform" myself. As Muslim women, we may beautify ourselves to a certain extent, but not to an extent where we do not appear natural anymore. Another reason I don't like to get my eyebrows tweezed is because of the pain! The pain that you go through to get your eyebrows done..is it really worth it? The last time I got my eyebrows done, I remember this exact thought running through my mind: "OhMyGod, why am I putting myself through this pain?!? This is so not worth it!!" Seriously, since than I have not touched my eyebrows. Also, subhanAllah, I now find natural eyebrows to be more beautiful than shaped eyebrows. It's also better to let your eyebrows grow naturally, rather than removing hair from them. Many women as they get older complain that their eyebrows are getting thinner and thinner due to plucking throughout their lives. Why not just let them grow naturally and tame them with some of these tips. Since I was in middle school before I ever plucked my eyebrows, I used Vaseline to hold them down as a gel. Recently I learned the best tip ever!! I actually learned it at the eyebrow salon, after the eyebrow lady told me that I had curly eyebrows. Haha, seriously my curly eyebrows are the reason for the issues with the idea of plucking "possibly" being haram. My eyebrows tend to get "bushier" than the typical girl because they are curly at the ends. The solution the woman gave me was to use fresh lime juice. I thought it was weird at first, but after trying it, I seriously fell in love. I just took my eyebrow brush and dipped it in the lime juice, than brushed my eyebrows. My "curly" eyebrows cooperated all day long alhamdulilah. Like I said earlier, I'm not here to tell you it is haram or not, I don't know, Allahu A3lam. All I want to say is for you to think about how it makes you feel. I personally don't feel good about myself when I get my eyebrows done and I want to please Allah swt. I want to stay on the safe side, but still feel like a woman. InshAllah my eyebrows will continue to cooperate and hopefully one day I'll have a for sure answer to this daunting question. 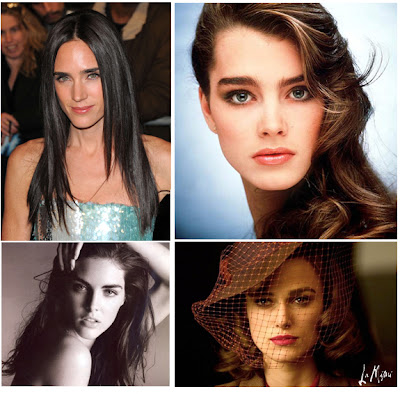 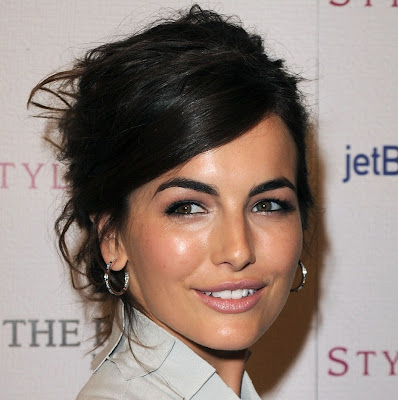 Aren't their eyebrows GORG? Some people are just born with beautiful eyebrows mashAllah!
Posted by Riham at 8:29 PM