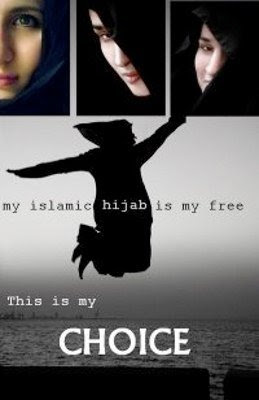 Tomorrow, April 21st, Muslims & non-Muslims are asked to wear a scarf in support of the Muslim women who choose to wear hijab or niqab at their own will. Men are also asked to participate by wearing a scarf around their neck.
The false perception that Muslim women are being forced to wear their hijabs and niqabs, and that the scarf stands as a symbol of oppression, has become widespread. In most recent news, the French legislation has created a law forbidding Muslim women to wear the niqab.
Nicolas Sarkozy, the President of France, has stated that he cannot allow means of slavery to exist in his country. The french government has also insisted that this is for identity purposes.
Though, the government has validity in their goals for proper identification--this law is not just for that purpose.
This law stands as a contradiction of original intent to oppose oppression. Other means could be used to aid women who are forced to wear the Niqab, but for the most part the other women should be granted the right to wear whatever pleases them.
Please join in this day in the hopes of informing and clarifying about the Muslim womens' choice to wear the hijab and make a statement of solidarity with the Muslim women in France and all over the world--who are being marginalized against.

p.s. This day is not meant to offend anyone religiously or any sense--it is merely a small effort for a cause.
Click attending on the Facebook page and spread the word!
Posted by Riham at 6:20 PM