It May Be Broken, but It Is Still My Country 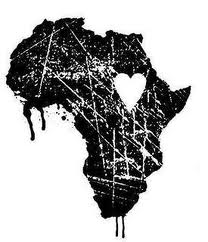 As the deadline for the decision on Sudan's fate approaches, I feel many emotions. For the longest time I've learned about Sudan's issues; the north vs. the south, but I never thought that I would be here witnessing my country's division. I left Sudan when I was five years old, but I've gone back to visit many times and during those visits I developed a strong bond with the land and it's people. It hurts me to know that so many lives were lost as a result of war and now it's as though those lives were lost for nothing. My uncle died in Sudan's civil war 17 years ago and whenever the division is brought up in a conversation or shown on television, I can see the sadness in my mother's eyes. Her brother gave up his life for his country, but he didn't sacrifice his life for Sudan to be broken into two. Some say that the only way to achieve peace is through separation, but I just can't get myself to believe that they have finally come to a final conclusion as tremendous as this.
After witnessing the discrimination and racism displayed towards the Southern Sudanese citizens, in a way, I don't blame them for wanting to leave. The Sudanese government, which is majorly run by Arab Northerners has been extremely unfair towards the Southerners and they have imposed on them many laws that are utterly ridiculous. Besides displaying prejudice and racism towards the Southern Sudanese citizens, the government has left the majority, whether residing in Khartoum or in Juba, in complete poverty. The Southerners cannot find jobs to help feed their families, and the Sudanese government is not aiding in any manner what so ever.
A long time ago, people had high hopes for Sudan; they saw the promise of coexistence in a country where both Muslims and Christians, as well as Arabs and Africans resided together. Now, as the almost definite division approaches, it's evident that, that dream was only an "illusion"; a dream that would never become a reality. I remember when I was in elementary school, the other kids would always ask me, "where are you from?" I would answer, "I'm from Sudan." They would than ask me, "Where's that?" I would reply,"it's in the north and it's the biggest country in Africa." I would never forget to mention that it was the biggest country Africa; I don't know why, but at the time I held so much pride in the fact that Sudan was the largest in Africa, but now all of that doesn't matter to me anymore. The size of the land is not the issue of the matter; the issue is that the people are going to be divided and it's heartbreaking to have that occur.
It's going to take a lot of time for me to get used to the idea of there being a Northern and a Southern Sudan. When I was in Sudan in 2010 I took a trip to the market to buy my friends little artifacts to bring back as gifts. Many of the market vendors would insist on selling me maps of Sudan; they would tell me to hurry up and buy a map of Sudan united before the division in January. Even hearing about the separation from the mouths of Sudanese people was not enough to convince me. I was sure that they would fix their problems, and the country would continue on the way it has for years. I was wrong; Sudan will not go on the way it has, but that is not necessarily a bad thing. I have hopes that maybe Sudan, both the north and south, will prosper and develop into better nations than they have ever been in the past.


To read more on the conflict in Sudan, go to Sudan: History of a Broken Land
Posted by Riham at 12:24 AM