Out of all the lessons Islam teaches, one of the greatest is for one to be non-judgmental. You can read the Quran cover to cover, and believe that you know everything there is to know about Islam, but if you have not learned to not judge another human being, than in my opinion you have learned nothing. Not only Islam, but all of the major religions teach us that only god can judge a person, so the question remains; why have we given ourselves the power to judge others when we clearly don't have the right to do so? Close-mindedness and non-acceptance of others beliefs is the path towards being judgmental. Everyone has their own opinion and their own interpretation of what is right and wrong. There aren't many things in this world that are solely black and white. If all the answers to why people do what they do was clear then there wouldn't be as many wars and disputes as there are now.
Instead of judging each other and ending up in the road of endless disputes, why don't we just meet each other halfway. Could you imagine what our world would be like if we learned to swallow our pride every now and then and just let things be. I'll admit I have also been guilty of being judgmental but im sorry, i'm only human. I'm a human that has a long way to go until I feel content with my character and I like others need to learn that not everyone has the same views as me. What distinguishes between a judgmental individual and a non-judgmental individual is that one chooses to believe what they believe without forcing their opinions on others, while the other tends to force their opinions on others. Becoming less judgmental is a characteristic that we can all work towards as human beings because accepting others will allow us to accept ourselves more and to become more secure and confident in ourselves. 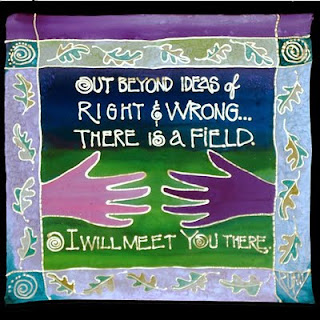